Profesionaly it is better to check my LinkedIn and the most complete is my CV in pdf.

In 2002 I received my Music Examinations Degree in Piano, in the Conservatory of Valladolid (Spain). I started Telecommunications Engineering at the University of Valladolid; in 2009 I received an M.Sc. in Telecommunications Eng. (UEM, Madrid). Between 2007-2009 I lived in Sweden, and received an M.Sc. in Biomedical Engineering in 2009 (Chalmers University of Technology, Goteborg), respectively. In 2009 I spent six months as an intern in the Medical Signal Processing Group at Phillips–Aachen. where I worked with thoracic BiomImpedance in the FP7 MyHeart project.

I started my first job in a multinational called Mach Connectivity GmbH (acquired by Syniverse) as an implementation Engineer and Service Manager. I switched quickly to Biomedical again, and started a developer in eHealth, at the Zentrum für Telematik e.V. (Germany) for the design of a home dialysis infrastructure for Fresenius Medical Care.

In 2011-2012 I was a fellow at the University of Valladolid, in the Group of Biomedical Engineering in Magnetoencephalography (MEG). I held a position as a researcher in the Personal Health Informatics group in Tampere University of Technology (Finland). During this time, I collaborated at PROTOMO (Start-up incubator in Tampere), shorty at WERK1 (Start-up incubator in Munich), and some additional collaborations.

Currently, I am Ph.D. candidate position as a fellow at Tampere University of Technology, Finland. My supervisor is Jari Viik. He leads very nice fundamental and innovative research in wound healing, heart, and of course breathing disorders.

Comsol Simulation of a Neuron

TimeLapse with a Raspberry Pi

This is a timelapse from my house. Note how everything is already dark (winter in Finland), but also, how the goods are arriving to Sale (a supermarket). Gym (GoGo), is opening a bit before 6:00am. It was fun to set it up... I might put the code up (it is rather simple) when I find some time.You can see the super-dupper simple code in my Github. What can I say, sometimes things are that simple. The video was put together using Photoshop. 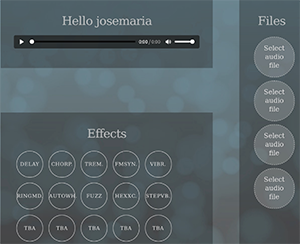 A great project using a Raspberry Pi (link). This is my personal webserver, hosting this project where you can upload music and add effects from PureData. The server is at home, so it might not always work (for now). This was part of a project from MediaServices with members Carita Logrén, Enrico Manuzzato, Jose Maria Perez-Macias, and Ugur Kar. I also leave some .wav files for testing since I remember they needed to have an specific sampling rate.

Watering my plants when I am away 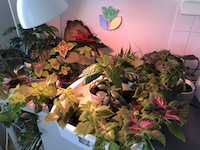 Hoping to stop killing my plants when I go on holiday (soon to be uploaded). I basically have a basic script in a RaspBerry Pi for the lights. I bought some special medical pumps to water them and control the doses, but has proven a bit more complicated than that.

This is a game for kids. Developed in Meteor. It can be used on the phone, or iPad, as long it is not a very old iPad (iPad 1) because it becomes very slow (soon to be uploaded on a server).

Project from back in 2006 usign an Intel Microcontroller (coming soon).

My first program in C++ (with my classmate Alberto Leon), we got an awesome grade! It is a bus ticket software to buy tickets to different destinations. Using Linked Lists and OO programing. Github Link

Me and a colleage developed a wireless sensor monitor that is deployed in TUT, pretty cool honestly (soon to be uploaded, well maybe not so soon). Programmed in C. These were the same guys as 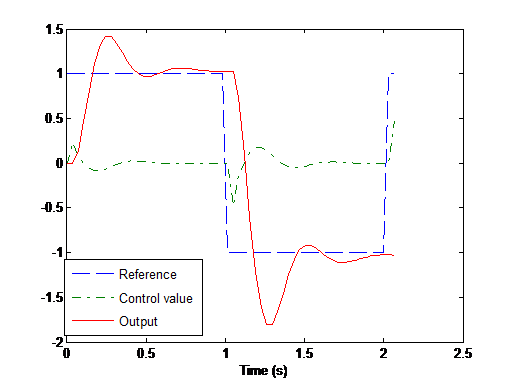 This is a realtime control using a realtime operating system (Xenomai) me and my classmate developed (Github Link). In Chalmers, they were developing leading research to solve a problem of control over networks (nowadays everything is a network).

This is a super old project done in Csound about Sound of Localization, from an old course of "Sound and Wave Engineering back in 2003/2004. It is funny to see how much interest I still have in Sound, Biosignals...1D signals/timeseries. Still remember Richard Boulanger!!
The project was about using Csound, documenting it. And finally we created two examples made by ourselves.
The original site is still on! but does not work properly in moder html... so I made a some changes and put it here.
Old page... it is here.

I have been working on different projects as a copywriter, and also another one more dedicated to divulation.

This one is about sensors and promoting sensors. There is also a project of educating and reference material for the public based on research. Sensor Salud

This other was meant to promote what it another, but a bit abbandoned at the moment. Sleep Coaching and Research